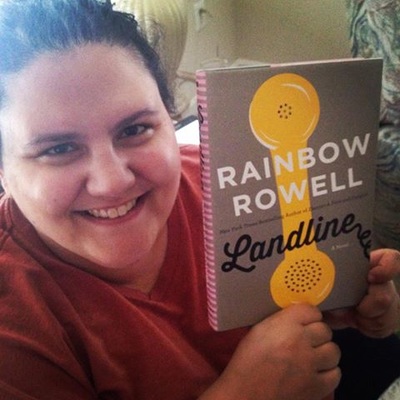 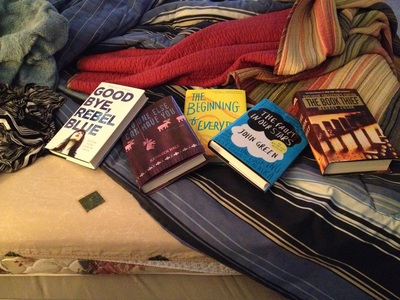 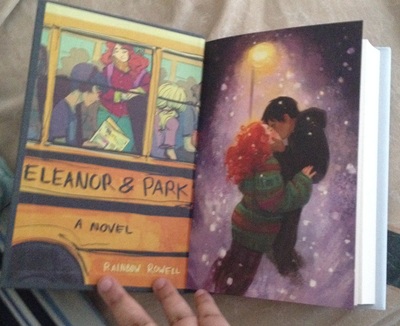 Please Ignore Vera Dietz by A.S. King
Burial Rites by Hannah Kent
The Catastrophic History of You and Me by Jess Rothenberg
The Scorpio Races by Maggie Stiefvater
Attachments by Rainbow Rowell
Shatter Me by Tahereh Mafi
Eleanor and Park by Rainbow Rowell
Shadow Kiss by Richelle Mead
Memoirs of a Teenage Amnesiac by Gabrielle Zevin
The Cuckoos Calling by Robert Gailbraith
Speak by Laurie Halse Anderson
Under the Never Sky by Veronica Rossi
The Ocean at the End of the Lane by Neil Gaiman
Catalyst by Laurie Halse Anderson
I Heart You, You Haunt Me by Lisa Schroeder
The Immortal Life of Henrietta Lacks by Rebecca Skloot
Ask the Passengers by A.S. King
Rebel Belle by Rachel Hawkins
Obsidian by Jennifer L. Armentrout
To All The Boys I've Loved Before by Jenny Han
The Daughter of Smoke and Bone by Laini Taylor
Onyx by Jennifer L. Armentrout
Fangirl by Rainbow Rowell
We Were Liars by E. Lockhart
Lola and the Boy Next Door by Stephanie Perkins
Gone Girl by Gillian Flynn
Landline by Rainbow Rowell
If I Stay by Gayle Forman
Chopsticks by Jessica Anthony
Where She Went by Gayle Forman
Since You've Been Gone by Morgan Matson
The Impossible Knife of Memory by Laurie Halse Anderson
Inexcusable by Chris Lynch
Easy by Tammara Webber
Opal by Jennifer L. Armentrout
This One Summer by Mariko Tamaki
A Monster Calls by Patrick Ness
The Strange and Beautiful Sorrows of Ava Lavender by Leslye Walton
The DUFF by Kody Keplinger
Amulet Vol. #1 by Mariko Tamaki
Saga Vol. #1 by Brian K. Vaughan
Saga Vol. #2 by Brian K. Vaughan
Lessons from a Dead Girl by Jo Knowles
Falling Into Place by Amy Zhang
Slammed by Colleen Hoover
Saga Vol. #3 by Brian K. Vaughan
Vampire Academy Vol. #1 by Richelle Mead
Cinder by Marissa Meyer
Isla and the Happily Ever After by Stephanie Perkins
Miss Peregrine's Home for Peculiar Children Graphic Novel by Ransom Riggs
Will and Whit by Laura Lee Gulledge
Yes Please by Amy Poehler
My True Love Gave to Me by Stephanie Perkins, et. al.
Mockingjay by Suzanne Collins
Looking for Alaska by John Green
Trouble by Non Pratt

The Perks of Being a Wallflower by Stephen Chbosky
The Girl of Fire and Thorns by Rae Carson
Frostbite by Richelle Mead
Locke and Key Vol. #1 by Joe Hill
All The Truth That's In Me by Julie Berry
Anna and the French Kiss by Stephanie Perkins
Insurgent by Veronica Roth
Thirteen Reasons Why by Jay Asher
The Book Thief by Markus Zusak
The Fault in Our Stars by John Green